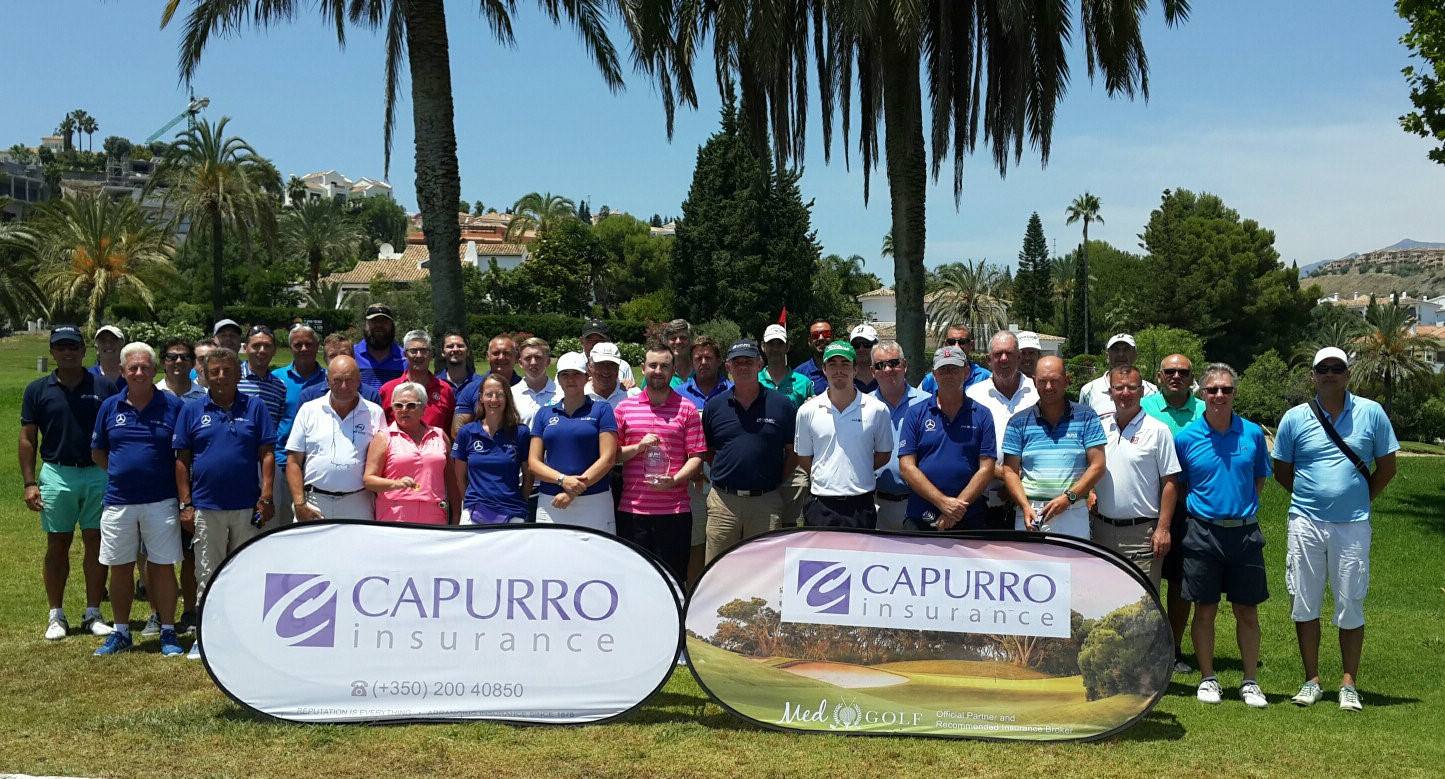 The Med Golf Capurro Insurance Trophy event was hosted on Sunday 18th June by the El Paraiso Golf Club, a little further afield than the usual Med Golf’s venues. Designed by the legendary South African golfer Gary Player in 1973, the championship course stretches for almost 6000 metres from the yellow tees though a parkland terrain that provides some spectacular views and a good but fair challenge to golfers. The course was in great condition. Recent improvements were very much in evidence but had been designed to minimise intrusion on play and the husbandry touches around the course added by Club members demonstrated an attention to detail that is often sadly lacking in course presentation.

The thoughtfully presented course, the warm welcome from the Club and its professional approach to supporting the event combined with ideal weather conditions to set the scene for a memorable day’s golf and fully justified the extra mile to get there.

Notably, while not producing any runaway scores, the day did produce one of the highest scoring Med Golf averages for some time and 65% of the field scored 30 points or better.

Chris O’Connor was champion of the day with a very fine 39 Stableford points. Chris won the Capurro Insurance Trophy and two green fees on the San Roque Club Old course. Together with his playing partner, Marie-Claire Serreols, Chris also won the best pairs prize with a combined score of 76 points.

Other prizes were won as follows.
The best performance on the par 3 holes was Matthew Charlesworth with a gross score of level par. Matthew also featured in the nearest the pin winners list below.
The Longest Drive Trophy was won by Robbie Jones – a triumph of youth?
The Best Gross Trophy, for which every hole must be scored, was won by John Hunter with a score of 76, just one shot better than David MacGregor, another regular winner of this trophy.

The prizes were presented by Capurro Insurance’s Patrick Sheppard-Capurro. Capurro Insurance not only sponsored the day, but also provides annual golf insurance for all Med Golf members. The prize giving was followed by a card draw for a litre bottle of Johnnie Walker Red Label whiskey provided by Saconne and Speed and won by Kevin Jones. There were also invitation vouchers for 2 green fees on the San Roque Club Old and lunch at the Star Bar in Gibraltar which were won respectively by Jonathan Rix and Douglas Casiaro. Both vouchers were courtesy of Jyske Bank, the Med Golf Order of Merit sponsor.

Thank you to everyone who supported this event and congratulations to the prize winners. We are almost at the end of the current season but there are still three more qualifying events to go for you to enjoy a great day out on different golf courses and work your way into the Med Golf Masters in August 2017.